Hi, my name is Keri, and I am addicted to getting tattoos.

I have a super short post for you today- I just wanted to show you all my new tattoos :) I went back to Jimmy Romance and got these babies: 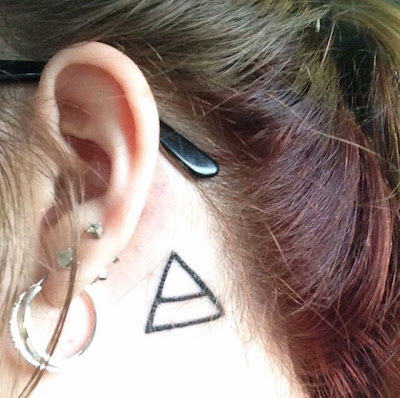 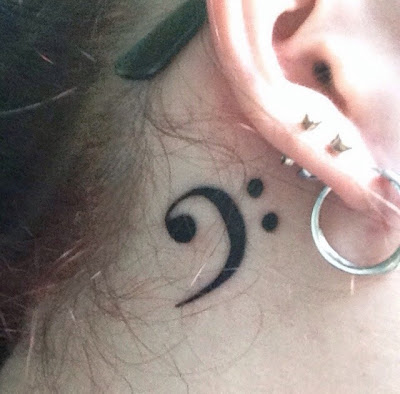 The Triad is behind my left ear and the bass clef is behind my right ear. I got the Triad because I'm (clearly) obsessed with 30 Seconds to Mars; yes, I did get it there because Shannon Leto has it in the same place. Feel free to judge me. I play the piano and the bass guitar, so I decided to get a bass clef.

I'm absolutely in love with all of my tattoos, but I'm pretty sure the Triad is my favorite 💙

My (2nd) Tattoo and FAQs

So, I got another tattoo a few days ago. Unlike the last time, there really isn't a story that goes along with this one.

If you didn't read my post about my previous tattoo, I'll give you the short version of the story behind that one. A little over a year ago, I was battling suicidal thoughts and pretty severe depression. As a reminder to myself that I can overcome whatever life throws at me (cheesy and cliche, I know...) I got the line "I fell apart, but got back up again" tattooed on my right forearm. It's a lyric from the song "Alibi" by Thirty Seconds to Mars.

Basically, as soon as my artist finished the first tattoo, I decided I wanted a second one. I wanted to get the MARS glyphs/ logo on my left forearm since I had a lyric from one of their songs on my other arm. I waited a few weeks just to make sure it was something I really wanted. After I got back from London, I went in for some touch-ups on my first and got my second :) I'm officially addicted to getting tattoos (which may or may not be a problem, depending on how you look at it).

Here's a picture of my newest addition: 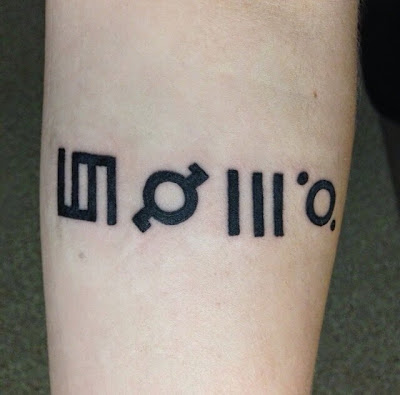 ----------
I figured since this was a pretty short post, I would do a little FAQ section just because. A few people have asked me about my tattoos/ tattoos in general, so I figured this may help some of you out (maybe?).

Does getting a tattoo hurt?
So many people ask me this!! Honestly, I think I have a pretty high pain tolerance. I would be lying if I said I didn't feel any discomfort, but I wouldn't say it's overly painful. Of course it's going to hurt a bit- you're being stabbed with a needle over and over again. The feeling is more annoying than anything- it's burns for the first 10 minutes or so, but you pretty much go numb after that (I did, at least). Everyone has different thresholds for pain.

How much did they cost?
Each of my tattoos cost $60 because that was the shops minimum. They're both pretty simple and didn't take too much time.

How much time did it take?
My lyrics took about 15 minutes, and my glyphs took a little over 30 minutes. My touch ups took less than 5.

What is the name of the font you chose?
I believe it's called "Jenna Sue" (I found it on daFont.com).

-----
That's all I have for you at the moment. Thanks a ton for reading, and I hope to talk to you all again very soon :)